For some projects it is easier to gain planning than others. Factors such as being in a Conservation Area make it harder to alter the existing structure. This was the case with Fielding Road. The brief was to create an open plan living family kitchen, while also designing a space which would tastefully hide an unattractive 70’s extension of the property next door. When we first spoke to the planners about our idea for a new rear extension, they were initially reluctant. However, after careful designing, we were able to gain planning. Reclaimed London Stock bricks were used to match the existing outrigger as well as white painted hardwood windows and doors in keeping with the Conservation Area. 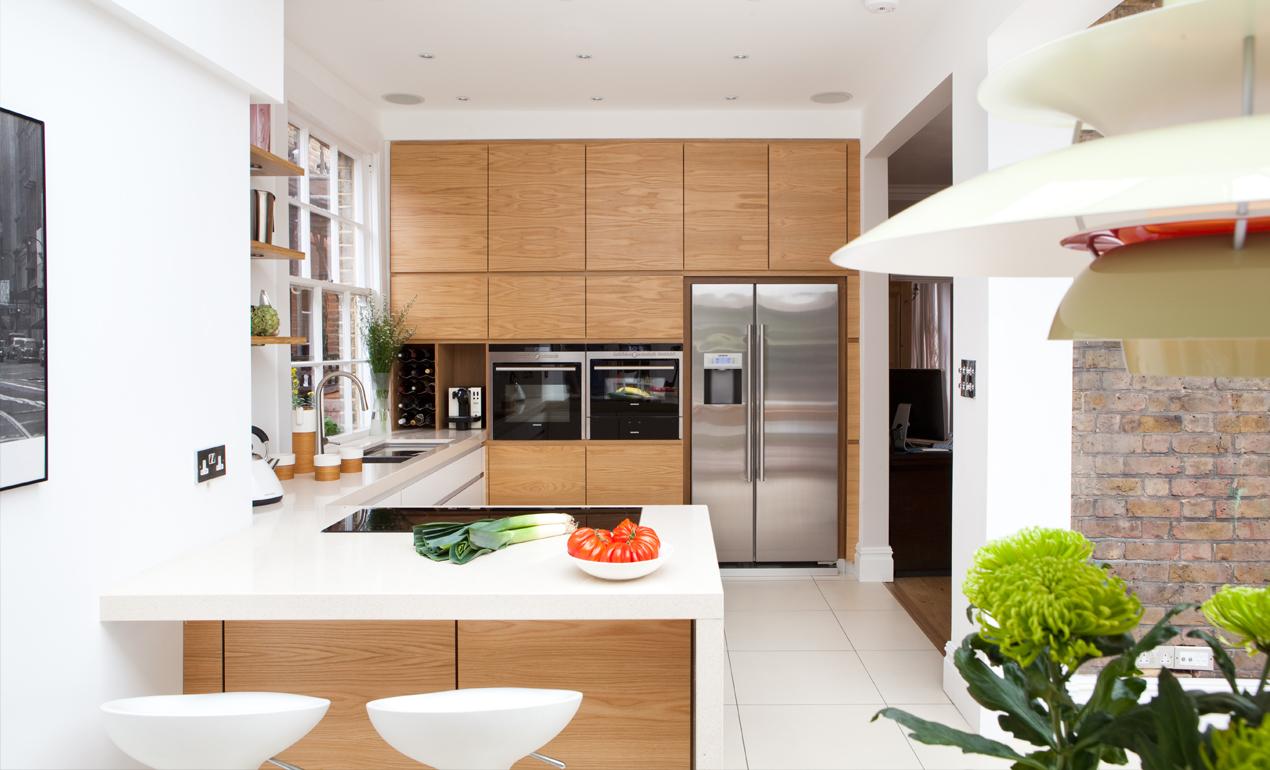 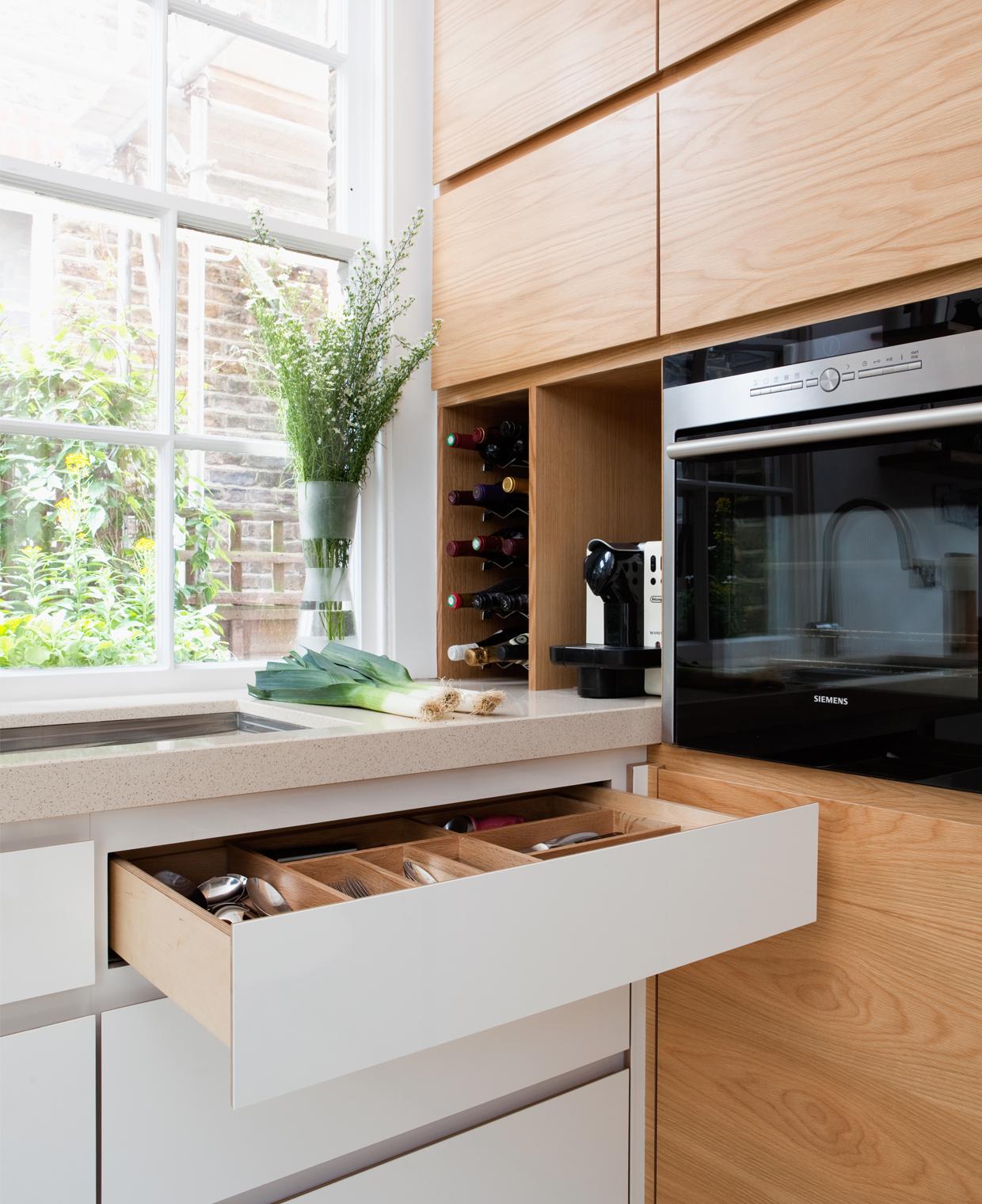 The kitchen is a bespoke Hamilton King design, made out of solid core and laminate oak veneered birch plywood. Space was a premium for this client, and the final result included the addition of a separate utility and downstairs cloakroom.

Featured in The Evening Standard

Featured in Self Build & Design magazine 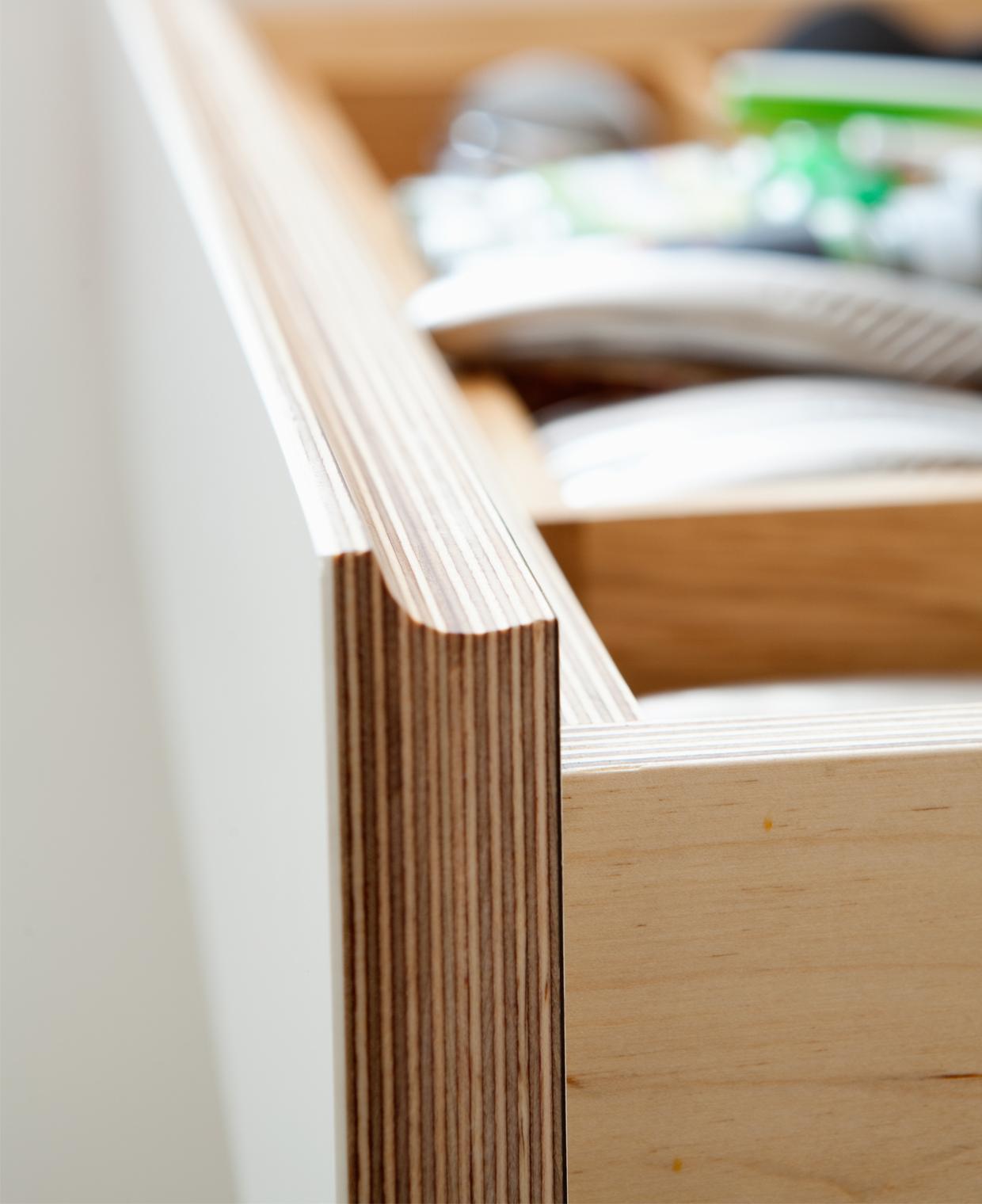 Send me the latest news & information from Hamilton King by email. Simply subscribe below, you can unsubscribe at any time.